What is Kadayawan Festival? And Why You Should Visit Davao!

The Kadayawan is an annual festival in Davao City, Philippines. Its “Kadayawan” name derives from the friendly Dabawenyo greeting “Madayaw”, meaning good, valuable, superior or beautiful. Hence, the Kadayawan Festival in Tagalog means “pasasalamat at pagpapahalaga”. Kadayawan is a celebration of life, a thanksgiving for nature’s gifts, the wealth of culture, the bounties of harvest, and serenity. 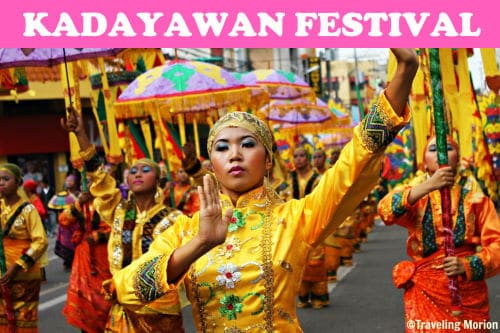 The Kadayawan Festival of Davao started in the year 1986 as a group of tribal festivals put together to showcase the thanksgiving rituals of the indigenous tribes of Mindanao.

A long time ago, Davao’s ethnic tribes residing at the foot of Mount Apo would converge during a bountiful harvest. This ritual serves as their thanksgiving to the gods particularly to the “Manama” (the Supreme Being).

Although times have changed, this practice of thanksgiving or “pahinungod” is still very much practiced by modern-day Dabawenyos. This tradition flourished and evolved into an annual festival of thanksgiving in Davao.

Today, the Kadayawan Festival has evolved into a week-long colorful, and energetic celebration of life and bountiful harvests.

What are the Lumad Groups in Mindanao?

Mindanao, the southern region of the Philippines, is home to indigenous peoples collectively called the Lumad. What makes the Kadayawan a unique festival is that it pays tribute to the lumad, which is a collective group of indigenous people living in the city.

The Lumad are the non-Muslim indigenous people in Mindanao. There are about 13 ethnic groups of Mindanao, including the Blaan, Bukidnon, Higaonon, Mamanwa, Mandaya, Manobo, Mansaka, Sangir, Subanen, Tagabawa, Tagakaulo, Tasaday, and T’boli.

What are the 11 tribes of Davao City?

At one time, the festival’s theme was “Ten Tribes, One Vibe.” But it was found out there were actually 11 tribes living in the city: Ata, Bagobo-Klata, Bagobo-Tagabawa, Iranun, Kagan, Maguindanaon, Maranao, Matigsalog, Ovu Manubo, Sama, and Tausug.

ATA (“dwellers in highlands”) are a mixture of the Negritos and Malays. They depend on hunting for their livelihood and are known as sensitive and vindictive but can be easily pacified.

Iranun people are considered the fiercest pirates in the Malay world, living a typical maritime lifestyle as sea invaders. Now, they are known as fishermen and long-distance traders.

Kagan people are agriculturists who plant rice, corn, abaca, and coconut. Kagan who lives on the coast practices fishing.

Klata-Guiangan pe0ple occupies a small territory from Catalunan to Calinan and are considered as forest dwellers.

Maguindanaoans are known as the people from the flood plain in Mindanao. Living mostly along the mouths of the rivers. Now, they are living in the three districts of Davao.

Maranao (the people of the lake) are brave and historically offered sacrifices in defense of their homeland and their Islam religion. They are proud of their rich literature called Darangen and known for their expertise in wood and metal craft.

Matigsalog (river people) are considered to be the most aboriginal inhabitants of Mindanao occupying the Agusan river valley in Compostela.

Ovu-Manuvo people are known for their fine jewelry, weaponry, and intricate casting skills. They consider these things to have souls as souls also possess inanimate objects.

Sama people values togetherness and are known to be peace-loving. The majority of them currently live in coastal barangays.

Tausog people dominate the island of Sulu. They are known as the people of the current for their courage and bravery.

Apo Duwaling is the original name of the Kadayawan Festival

In the year 1970, Davao City Mayor Elias B. Lopez had encouraged all the Davao tribes to showcase their annual thanksgiving rituals. After that in the year 1986, the City Government of Davao focused on uniting the people in the turbulent times of the Martial Law. At that time, the festival was originally called Apo Duwaling, named after three natural wonders and famous icons you can find in the Davao Region: Mount Apo, the Durian (a fruit that “smells like hell but tastes like heaven.”), and the famous Waling-waling or “Vanda Sanderiana”, a flower of the orchid family.

“Apo Duwaling” was meant to showcase the city as a peaceful destination to visit and to do business after 1986 EDSA Revolution. It was officially renamed the Kadayawan Festival in 1988 by then-Mayor Rodrigo Duterte. Rodrigo Duterte, also known as Digong, and by the initials PRRD, is a Filipino politician who is the 16th President of the Philippines and the first from Mindanao to hold the office.

To this day, the Kadayawan Festival continues to honor the city’s richness and diverse artistic, cultural, and historical heritage in a grand celebration of thanksgiving for all of Davao City’s blessings.

What is the Main Event in the Kadayawan Festival? 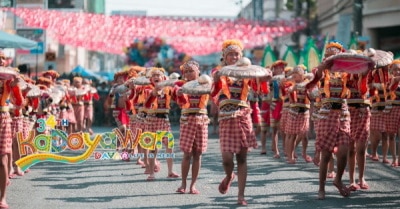 The main event is the “Indak-Indak sa Kadalanan” which roughly means Street Dancing. This Street Dancing is performed by different tribes or schools all over Mindanao displaying unique and synchronized dance choreographies foretelling stories of the natives of Mindanao and their bountiful harvest and also includes some superstitious beliefs of Filipinos.

What is the Kadayawan Costume?

Every 3rd week of August each year, thousands of tourists in Davao wear a Kadayawan costume to join and experience the Kadayawan street party, feast on the best Davao delicacies and enjoy the Floral Float Parade, among other equally entertaining events. It’s no wonder that Kadayawan has come to be known as the king of Philippine festivals. 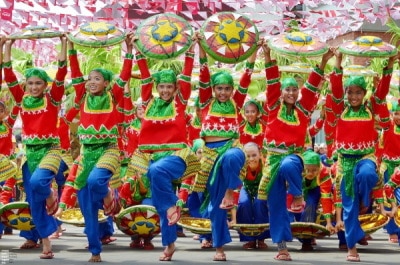 From street dancing and a floral parade to trade fairs, the Kadayawan Festival is a whirlwind of activity and colors, honoring Davao city’s historical, cultural and artistic heritage.

Experience a unique local experience that you will never forget. Learn why Dabawenyos celebrate it, when is it usually held, and get some travel tips on how to best enjoy this festival.

What are the foods in the Kadayawan Festival?

Araw ng Kadayawan is a time to celebrate the rich culture and traditions of Davao City in the Philippines, and what better way to do so than with a feast of the city’s delicious and diverse cuisine.

Here are some of the must-try foods you won’t want to miss during the festival: 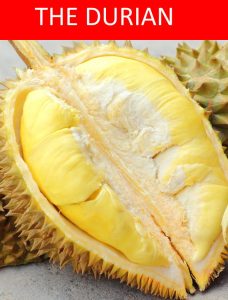 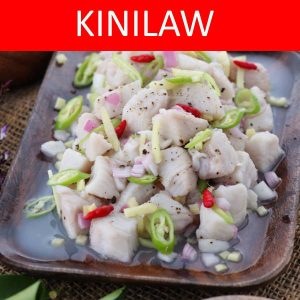 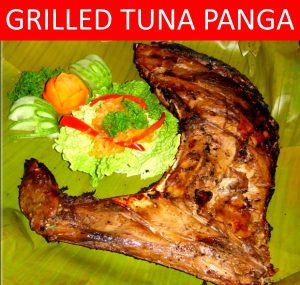 So come and experience the flavors of Davao City during Araw ng Kadayawan and discover why this festival is a celebration of both culture and cuisine.

Top Reasons Why You Should Go To Davao City

Need a good reason to see and experience the Kadayawan Festival in Davao City?

Since the festival is a thanksgiving for bountiful harvests, you’re going to see a wide variety of fruits like durian, marang, mangosteen, lanzones, and more from all over the Davao Region displayed everywhere in Davao City during this festive week-long event. And, the best part is, these fruits are sold quite cheaply compared to other months.

Why not go on a shopping spree in Davao during the Kadayawan Festival? Expect to see stores, malls, and street vendors offering bargained deals for a range of items. Just don’t forget to buy “pasalubongs” like durian bars, durian pies, and everything durian or souvenirs for your family and friends back home.

Trust us, the Kadayawan Festival will leave you exhilarated in so many different ways.  Join the biggest and most vibrant party in Davao!

Things to Do in Davao During the Kadayawan Festival 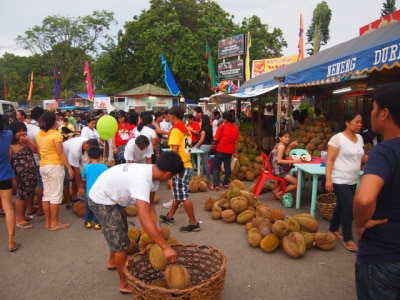 Don’t miss out on experiencing the fun activities and make sure to check out as many tourist spots and events as you can during your stay.