What is the Kadayawan Festival?

The Kadayawan Festival, originally named the Apo Duwaling Festival, is an annual festival in celebration of life, health, and all things good in Davao City. 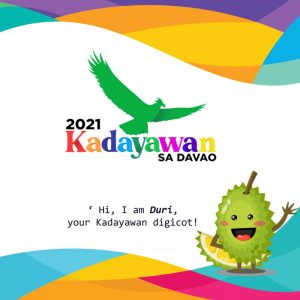 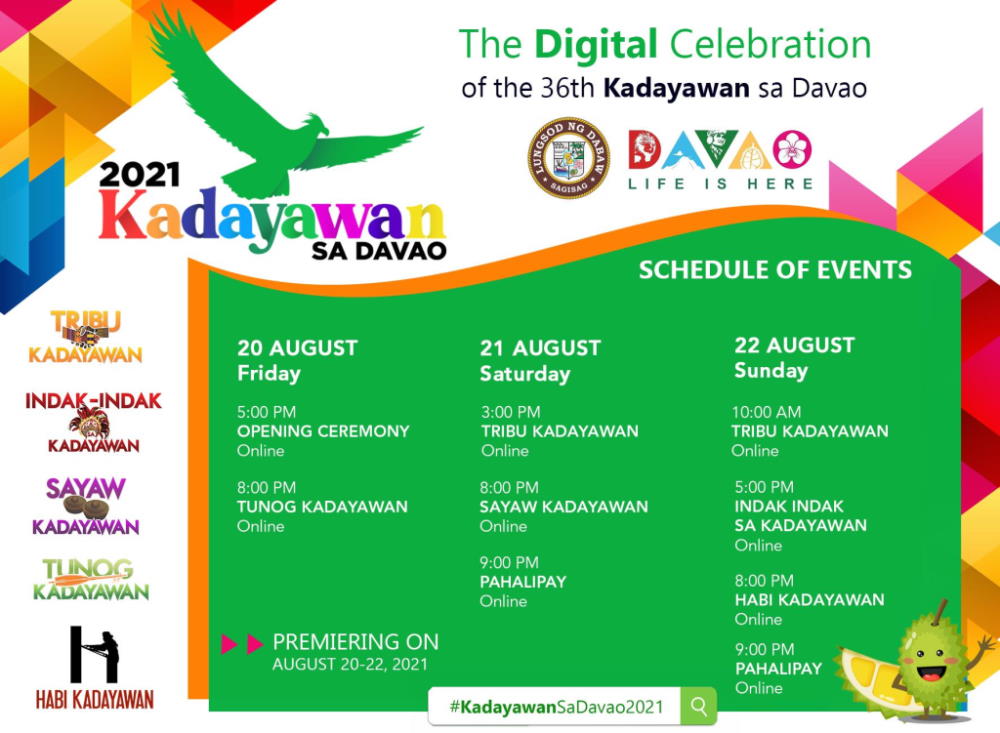 Origin of the Kadayawan Festival

The Kadayawan festival’s roots are in the rituals of the region’s indigenous tribes or Lumad groups who got together to pray for an abundant harvest, but it has since transformed into one of the top festivals on the Philippine calendar.

In the year 1970, Davao City Mayor Elias Lopez had encouraged all the Davao tribes to exhibit their thanksgiving rituals. After that in the year 1986, the City Government of Davao focused on uniting the people in the stormy days of Martial Law. At this time the festival was named “Apo Duwaling”. This name is a combination of Davao’s three natural wonders: the towering Mt. Apo, strong-odored Durian, and Waling-waling, the “Queen of Philippine Orchids”.

In the year 1988, this festival was officially named as “Kadayawan Festival” by former City Mayor Rodrigo Duterte.

Following the prohibition of all government face-to-face events and activities due to the surge in COVID-19 cases in Davao City, the 36th celebration of the Kadayawan Festival will still be online in 2021.

Davao City Tourism Operations Office (CTOO) confirmed that this will be the second year the Kadayawan Festival will be done virtually.

About the Author: Admin Writer